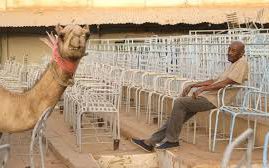 In his documentary filmmaker Suhaib Gasmelbari accompanies the friends Eltayeb Mahdi, Manar Al Hilo, Ibrahim Shadad and Suleiman Mohamed Ibrahim, who once founded the Sudanese Film Club in 1989. By 2018 most cinemas in the crisis-ridden country have disappeared from culture because of the repressive state. However, the four charismatic retired film directors are sticking to their great passion for cinema and trying to reopen an old open-air cinema. Talking About Trees delicately weaves together the history of film in Sudan, and of film as a powerful political tool. It shows the nuances of living a life in resistance to political oppression.