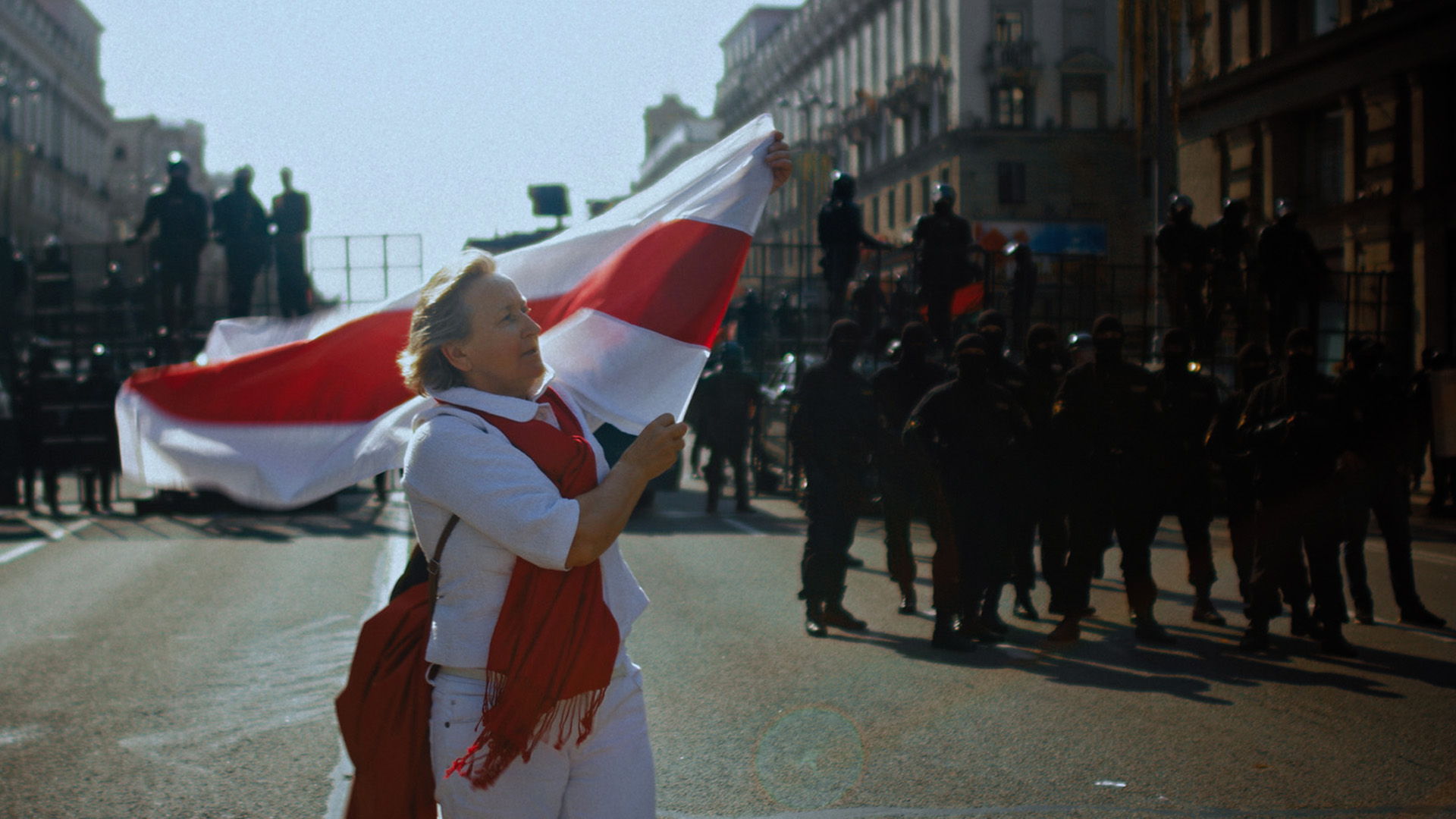 Art, civil disobedience and political protest are three different sides of the same revolution for Belarusian democracy activists Maryna, Pavel and Denis. In the eastern country, often called Europe’s last dictatorship, President Alexander Lukashenko has been firmly in power since the collapse of the Soviet Union. But now the people have had enough. Since last year’s elections, demonstrators have defied the threat of imprisonment and kidnapping and rallied to protest. Maryna, Pavel and Denis have been running the Free Theater for Political Performing Arts for several years. But as peaceful protests form in the streets outside, the stage suddenly becomes much larger.