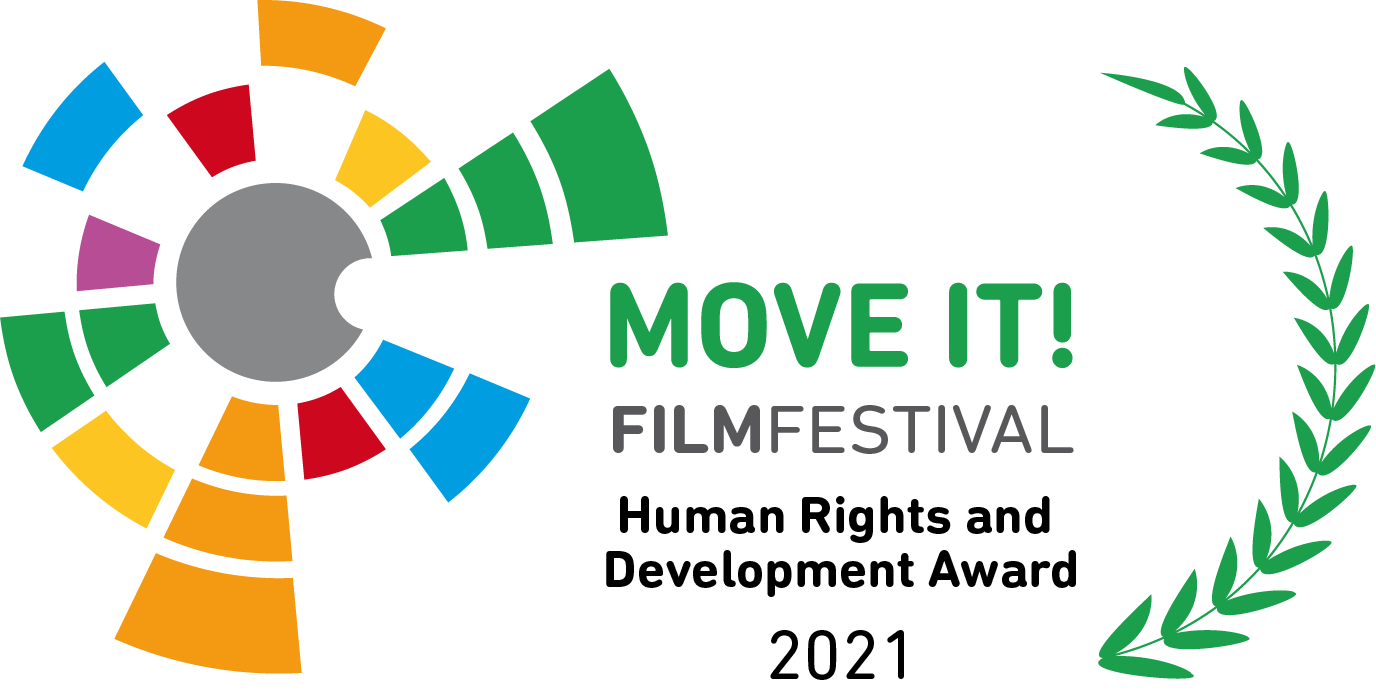 Since 2015 MOVE IT! Film Festival has been awarding the “Film Prize for Human Rights and Development” to a film selected by the festival jury. This film is thereby honored for its outstanding cinematic presentation with a human rights focus and at the same time recognizes the special contribution of the director.

The film award, endowed with 5.000 EUR, is financed this year by the Saxon State Chancellery and by a fundraising campaign.

The award ceremony will take place on Sunday, November 07, 2021 at 7 pm at the ZENTRALKINO in Kraftwerk Mitte. Afterwards, the award-winning film will be shown.

A rerun of the film will also take place on Wednesday, November 10, 2021 at the FILMGALERIE PHASE IV.